Almedalen – A modern Agora or a Swedish Davos? 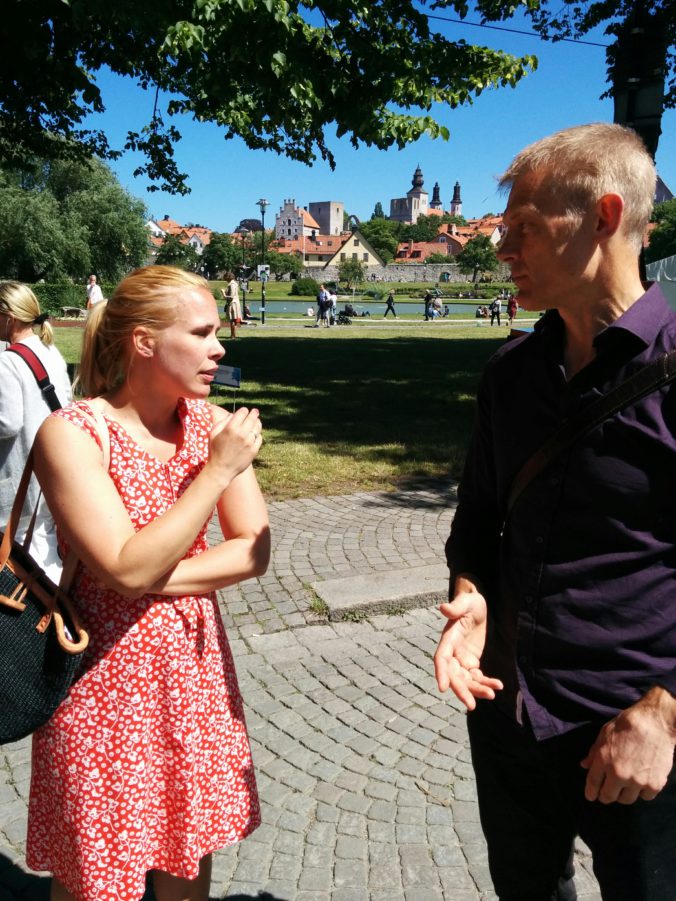 The Almedalen week is a unique event in Sweden and abroad. Every year, the city of Visby attracts the Swedish parliamentary parties, several thousand organisations, and close to 40 000 visitors. During one week, the city, situated on the Island of Gotland in the Baltic Sea, is the scene of more than 4 000 workshops, seminars and lecturers, open events, ‘mingles’ and other types of gatherings, intent on discussing political issues and what tomorrow’s society should look like. This festival is in many ways a celebration and ode to the Swedish values of openness, public discussions and participation where different actors of Swedish society have a chance to interact, question and deliberate together, across the political spectrum.

How did such event start? In the summer of 1968 Olof Palme, then the Swedish minister of education, got up on the back of a truck standing next to the gunpowder tower in the Almedalen park in Visby and gave a speech. What could have been just a one-time occasion grew into the annual Almedalen week and now, 49 years later, it would be fair to say that it has gone far from its modest beginnings. While the event still gathers vast parts of Swedish society, its detractors have criticized the event for having become an elite gathering of influential and often self-promoting individuals and organisations.

This year is the first time that we, as the Centre for Environment and Development Studies (CEMUS) (link) at Uppsala University and the Swedish University of Agricultural Sciences (SLU), are participating. We are very curious to find out what Almedalen is all about, and so far we have been happily surprised to see the openness and how approachable different people have been. We have met a broad range of engaged ‘Almedaliens’. From government representatives working with the sustainable development goals through to ‘ecological’ foresters, as well as civil society organisations and local youth groups arguing for more progressive politics.

To add to the diversity of discussions and debates occurring this week, we are contributing to a number of events arranged by other organizations, but also hosting three of our own. Tomorrow morning we are convening a seminar that explores the role of universities, higher education and research in a world increasingly under the shadow of climate change and other global challenges (link). In the afternoon we host a conversation in the Formas tent about the role of the social sciences, humanities and the arts in addressing climate change (link). Then on Wednesday we, along with invited guests, are organizing a seminar with the aim to kick-start a debate about how well Sweden is doing with its sustainability and climate agenda (link).

As the first day of Almedalen draws to a close, the question remains: is this an open event (an Agora) or a Swedish Davos hijacked by vested interests eager to pursue their narrow interests? Initial impressions favour the former, but we will suspend our final judgement as we dive back into the whirlpool of engaged conversation under the long shadow of the gunpowder tower.